Akbar Imhotep (Ock-Bar M-Hoe-Tep), a 2012 Governor’s Arts & Humanities Awardee, has been a professional storyteller since 1985 and has performed throughout Metro-Atlanta and the Southeast. For nineteen (19) years, he was storyteller-in-residence at the Wren’s Nests and is currently, a Wren’s Nest Rambler. For six years, he worked as a storyteller for Project Discovery at Zoo Atlanta. Before wearing the mantle and garments of a storyteller, he was a puppeteer-in-residence at the Center for Puppetry Arts and toured nationally with the Vagabond Marionettes. He is a member Fulton County Schools FCS artist roster and presents performances of The Life of Frederick Douglass for Fulton County fourth graders. He also portrays a character for the  FCS-Teaching Museum Walking tour. He has published four books of poetry and currently seeking a publisher for his first novel, entitled For the Love of God, an Afrocentric love story with many twists and turns. He began his artistic career as an actor with the J. C. Players at Paine College and was a charter member of the Proposition Theatre Company under the direction of Walter Dallas.  Key artistic influences include Vincent Anthony, Executive Director of the Center for Puppetry Arts; Ebon Dooley, his first writing instructor; and J.C. Taylor, his college drama instructor. 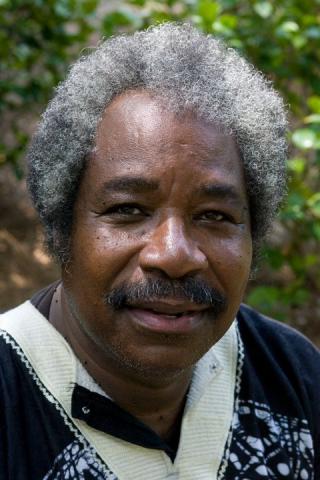