For those of you asking yourselves who Harrison Elliott was, according to The Library of Congress, Elliott was probably "the most prominent producer of handmade paper of America during the early twentieth century." He worked not only as a representative of the Japan Paper Company (which imported and distributed fine handmade papers from 15 different European and Asian countries), but also as an experimental paper designer and a historian, as he conceptualized, produced, and tested his own paper specimens as well as wrote dozens of articles on the history of paper. Even more, he was a close friend of Dard Hunter, the founder of the museum.

The highlighted picture is of Harrison Elliott holding up a piece of paper with leafy inclusions. Inclusions are objects, like flowers or leaves, added to the freshly formed sheet to form attractive, decorative elements in handmade paper. They can be added directly into the pulp-water mixture before a piece of paper is pulled or placed into the pulp after it has been pulled.

If you want to see more photos like this one or learn more about Harrison Elliott, come visit our Harrison Elliott exhibit (in person! - by appointment and with Covid precautions), which is on display from now until April 12th. 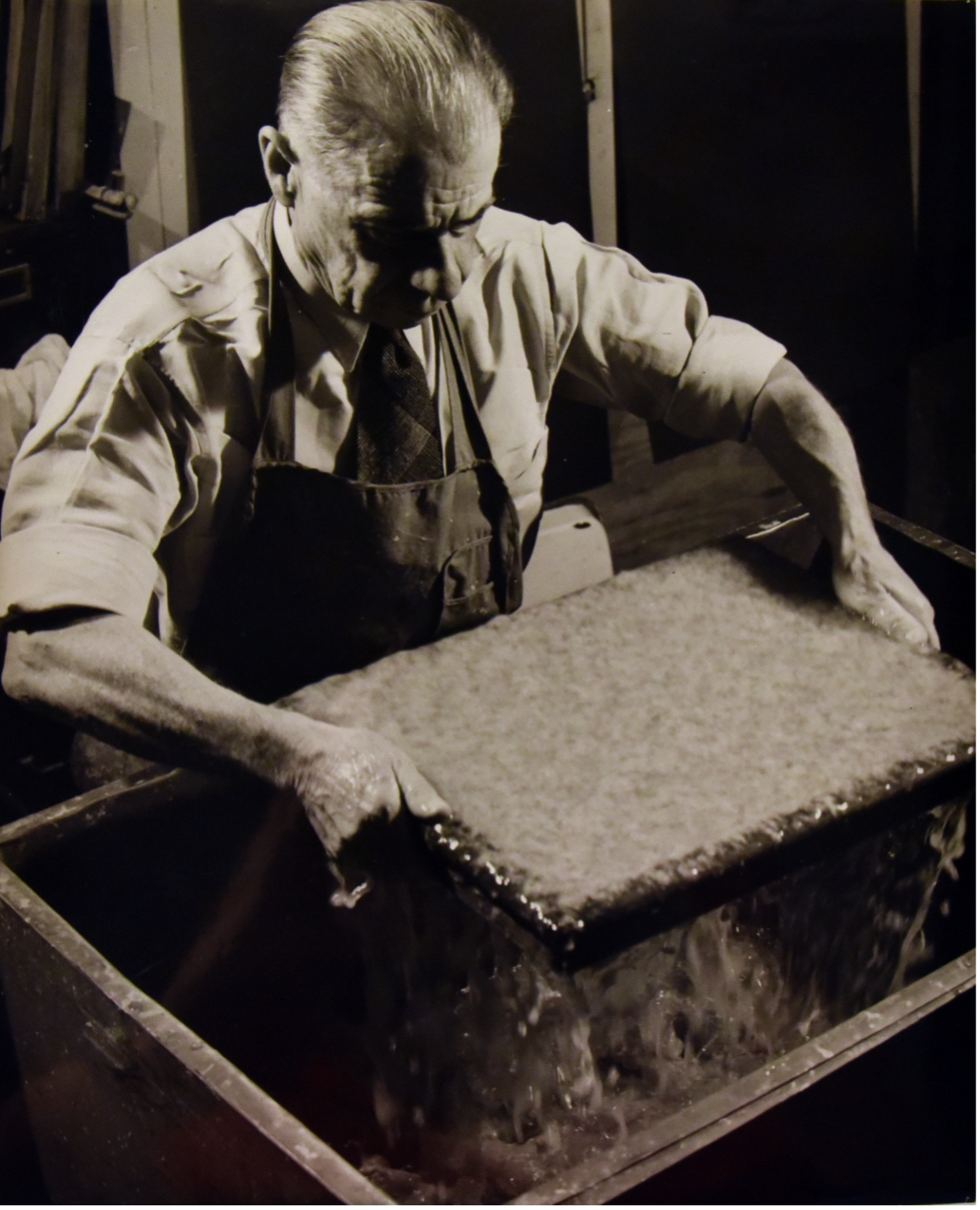 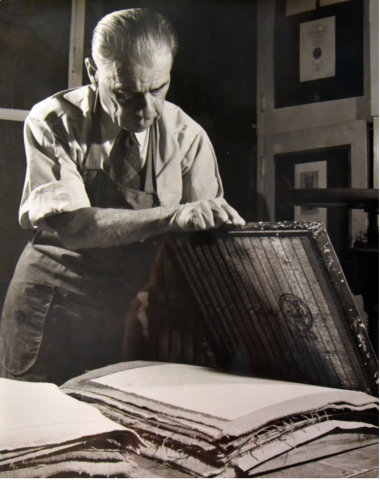