This month’s Artifact of the Month exhibit showcases a Japanese Kyo uchiwa fan, which is a flat fan that does not open. They are known for their elegant paintings, gorgeous Japanese lacquerware, and gold leaf decoration. Most of the Kyo uchiwa designs are inspired by traditional Japanese scenery, plants, the changing seasons, or haiku and tanka poems. The one from our collection that is highlighted this month has an image of a Japanese geisha reading a book on the front. It has a lacquer wood handle and gold-flecked paper backing on the far face.

Japanese Kyo uchiwa fans are thought to have been developed after similar Korean fans, which were brought to Japan by wakou (pirates) active along the coasts of China and Korea during the 14th century, influenced the designs of the fans used by the Japanese imperial household. However, it was not on the coast but in Kyoto where the design of these Japanese fans was perfected and from where they got their name (“kyo”).

Kyo fans feature an arraying of fine, bamboo ribs organized in a radiating pattern. Decorative cover paper is applied to both the front and the back, and a separate handle is attached. The inserted handle (called sashie) is unique to Kyo uchiwa fans and was only added to the design at the end of the 19th century.

Join us again next month as we highlight another artifact from our 100,000+ collection! 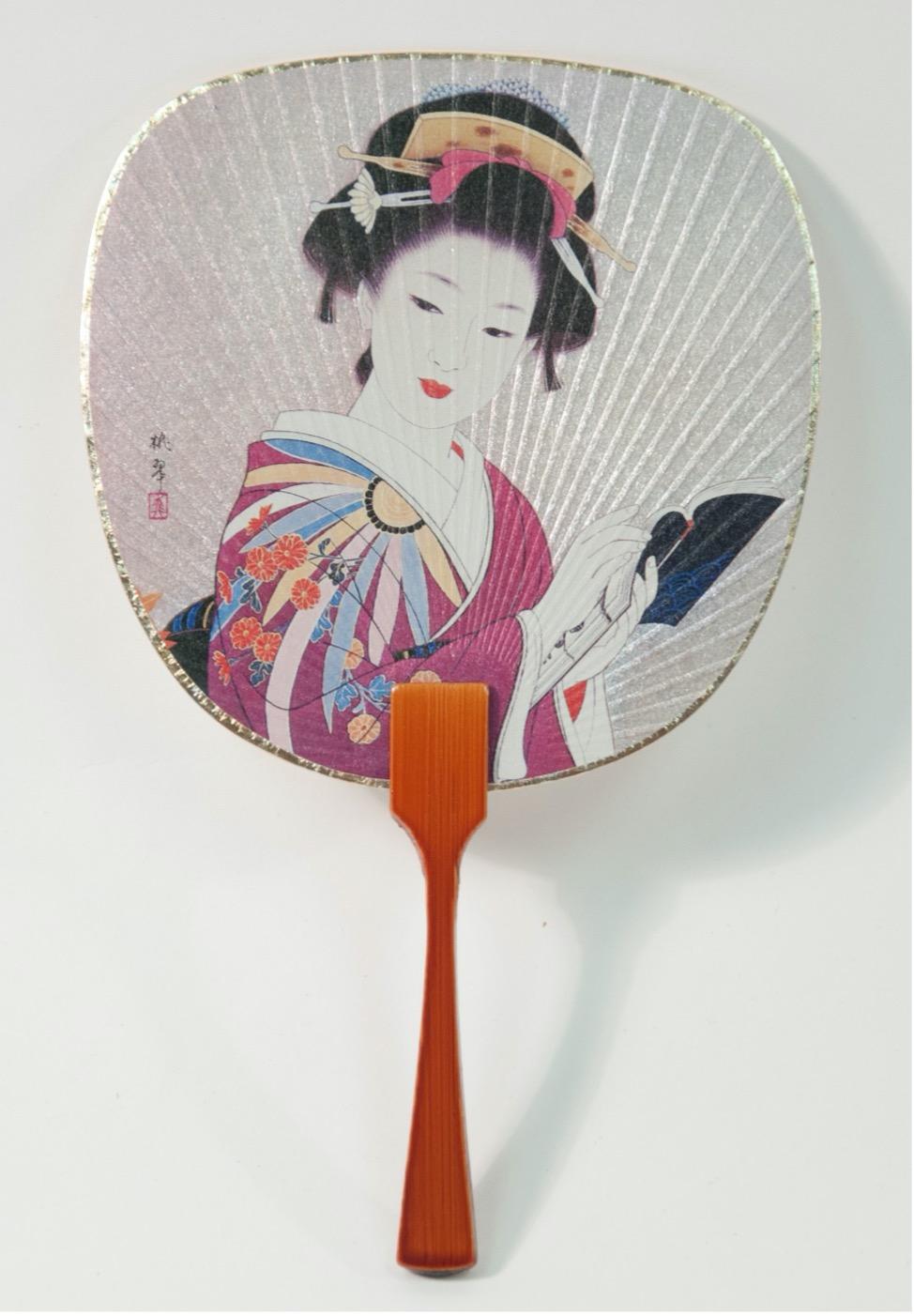