This month’s Artifact of the Month is a pop-up book by Atlanta-based artist Larry B. Thomas. Thomas’ artistry and attention to detail are apparent with the few pages of Dollhouse. A colorful, surreal collage of houses, cars, and dolls forms the pop-up section of the pages, while the background is composed of a variety of landscapes. The cover features a doorway of geometric tiles in a magazine-cutout style. Some of his other notable works include Escape Through Motion, No Tears for Ramelli, and Don’t Eat Me. Thomas was born in 1939 and passed away in 2014. Though not much is known about him, he was influential in pioneering the artist’s book medium and preserving the art of pop-up books through his “book works.”

The specific origins of pop-up books are unknown, but the paper mechanics involved have existed for almost a millennium. In fact, there are surviving examples from as far back as the 13th century. One such example was a revolving disc created by a mystic, Ramon Llull, to illustrate his theories. In the 14th century, “turn-up" style books rose to popularity as a means of demonstrating human anatomy in textbooks (like in Andreas Vesalius’s De Humani Corporis Fabrica Librorum Epitome). As children’s books became a fixture in literature, publishers sought ways to engage young readers. One answer was Robert Sayer’s 1765 invention, known as “lift-the-flap" books. Numerous styles evolved from this development; three prominent styles were called “metamorphoses,” “toilet books,” and “harlequinades.”

Mass production became a possibility as innovation continued in the paper industry. Pioneered by publishing company Dean & Son, movable books were available to the public by 1860. At that point, the modern pop-up book was starting to take shape. In the 20th century, S. Louis Giraud created a technique that allowed an illustration to be raised above the page and visible at all angles, just like the raised images of this month’s artifact. With this final invention, we have the pop-up books we all know and love today. 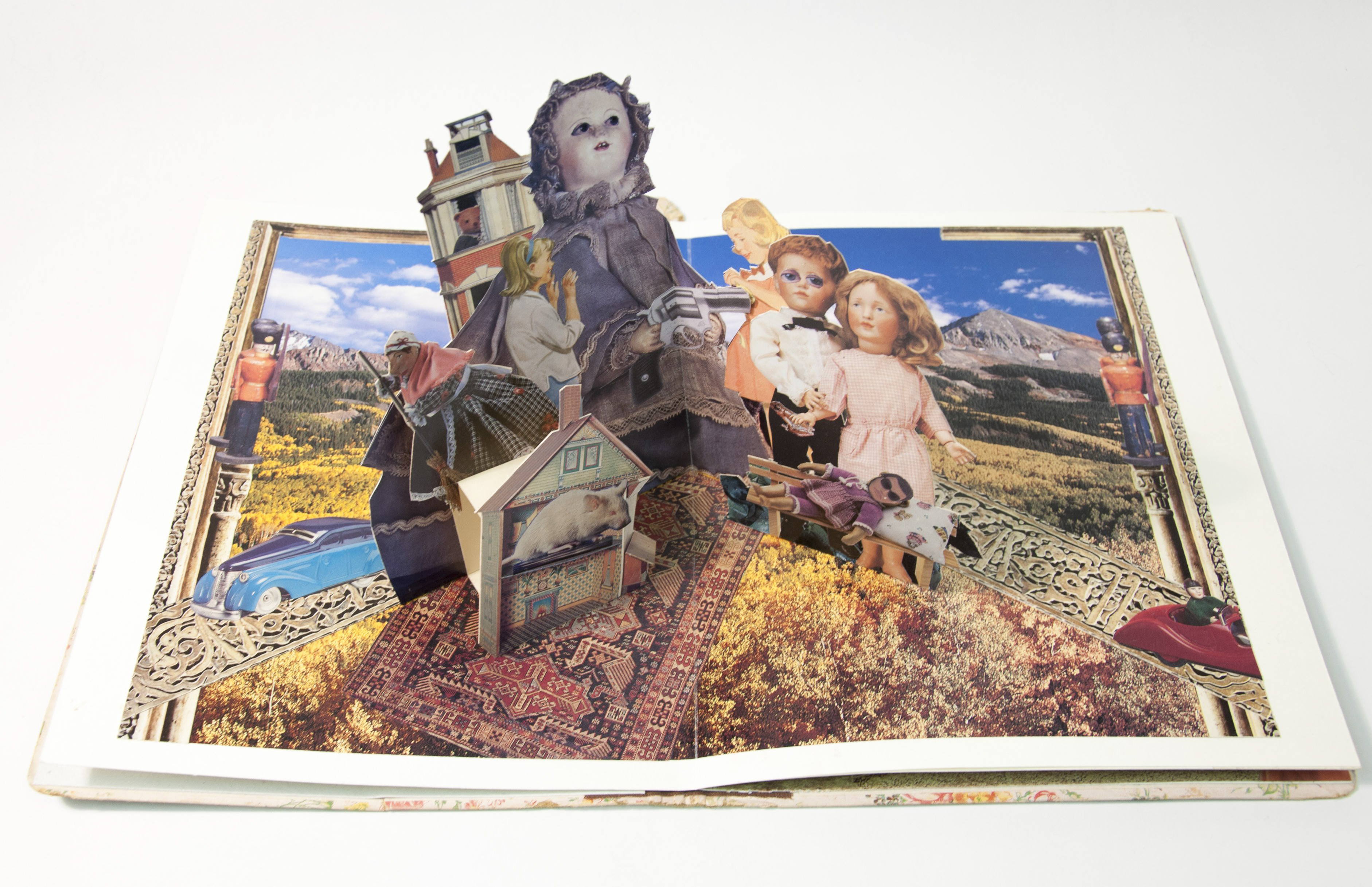 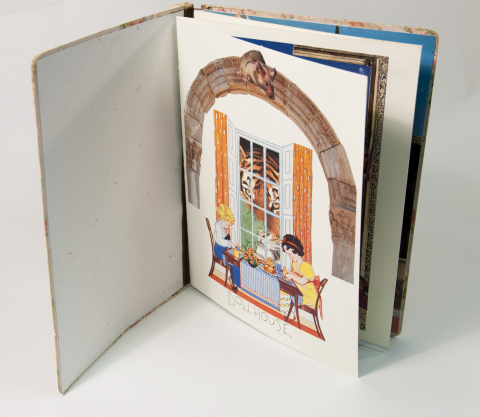 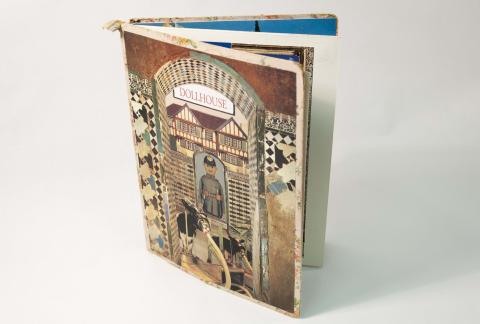 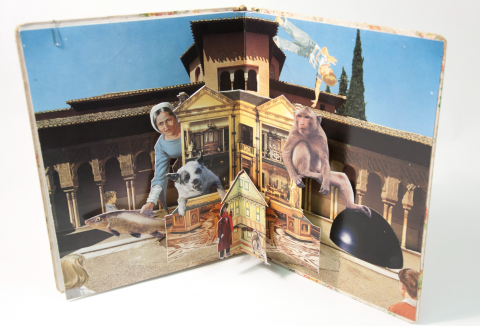