The Saturday Evening Post began in the 1700s. In fact, it was Benjamin Franklin who came up with the idea to make an informative magazine for the colonies that would be called The Pennsylvania Gazette. Many articles were written by Franklin himself and reflected his interests: world events, government, science, etc. Once The Pennsylvania Gazette went out of print around 10 years after Franklin’s death, a man named Charles Atkinson came up with the idea of taking Ben Franklin’s old printing press and style to make The Saturday Evening Post. “The Post’s contents were written with a tone that was pragmatic, open-minded but skeptical, and moral, though with a sense of humor. It covered a bit of everything about America: business, law, exploration, fashion, etiquette, agriculture, and science” thus fulfilling Franklin’s original vision for a magazine.

The version of the post we have for AotM this month is from February 1954. How does 1954 connect to a 2020 year-in-review? 1954 was the year of Eisenhower’s presidency, the end of the Vietnam War, the censuring of McCarthy and the end of the Red Scare, Brown v. Board of Education, and, among other things, the enactment of the social security bill. All in all, 1954 was a pretty historic year – much like 2020. From the novel coronavirus to the wildfires out west to the presidential election, 2020 has been a historic and tumultuous year to say the least...

In addition to representing a historic year, this Saturday Evening Post has a direct connection to our museum, as is includes an article all about Dard Hunter! The article describes Mr. Hunter as “the paper detective” and goes on to talk about Dard’s work analyzing the paper scraps from the Japanese “balloon invasion” during WWII and his work uncovering counterfeit money.

We at the Paper Museum know 2020 has been a difficult year for everyone. But if we, as a society, have learned anything from 1954 – or any other particularly arduous time – it’s that we will make it through. We wish you a Happy Holidays, a happy New Year, and a prosperous (and calm) 2021. 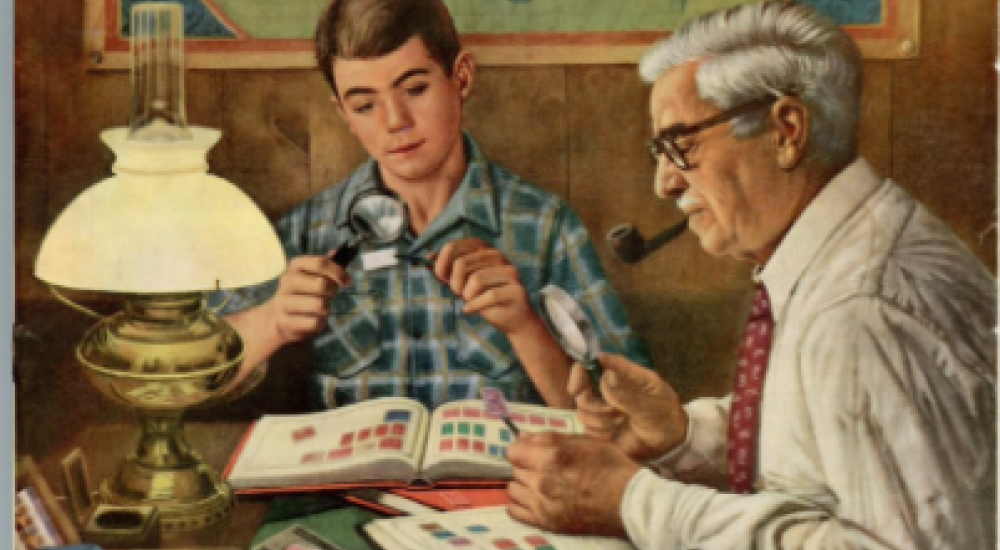 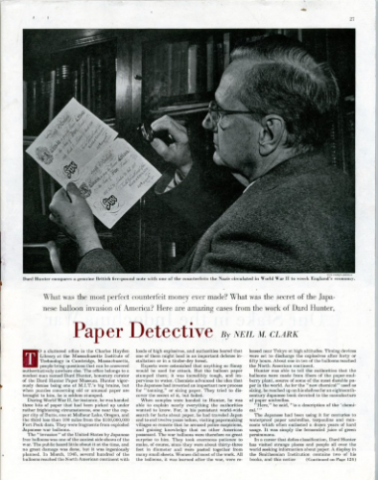