Growing up in Los Angeles, California, Marcia Watt’s family’s idea of fun was to spend hours at used bookstores, and so began her love affair with paper and books.  At Reed College she studied calligraphy with Robert Palladino.  Later, while working as a librarian at Yale University, she studied book arts, including book-binding, paper marbling and paste paper, at the Creative Arts Workshop in New Haven, Connecticut.  She is a member of Atlanta Friends of the Alphabet, the Guild of Book Workers, and the Georgia Committee of the National Museum of Women in the Arts.  She has also been a member of the Friends of Dard Hunter.  Her work has been exhibited in Oregon, Connecticut, Wisconsin, Colorado, and widely in Georgia.  Additionally, her work has received awards in Alabama and China. 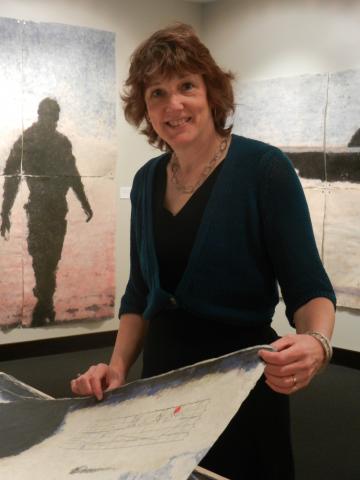